Check out the Kaufman Kids' new YouTube channel!
You are here: Home / Disney Destinations / Everything we know (so far) about the 2019 D23 Expo
429shares

This post was originally written in 2017, prior to that year’s D23 Expo. It has been updated with all of the sessions, Disney Legends information, etc that we know about the 2019 D23 Expo, happening this August in Anaheim, California. 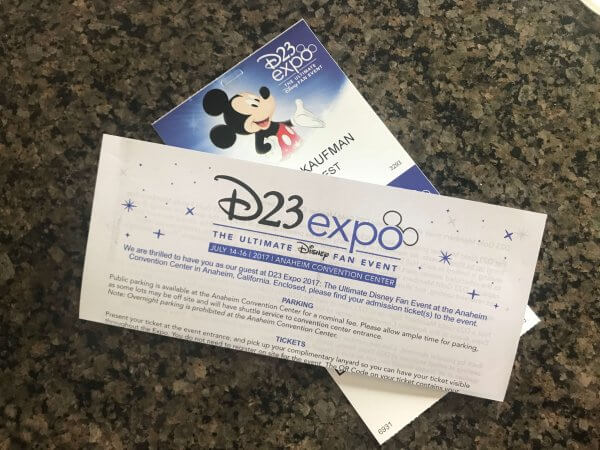 The D23 Expo is definitely the Ultimate Disney Fan Event! We can’t wait to go to our third – this year with Sorcerer Package credentials! Check back to hear about our Sorcerer adventure!

So much information has been coming out about the Expo, that it’s hard to keep track of it all. We learned the hard way in previous years that there truly is just too much to take in, but maybe at least you can get an idea of what you want to see (if you’re attending) – or to keep an eye out for on social media if you’re following along at home.

(Speaking of which…. make sure you’re following us on Twitter especially, and maybe Instagram and Facebook too, for our take on the event in real time!) 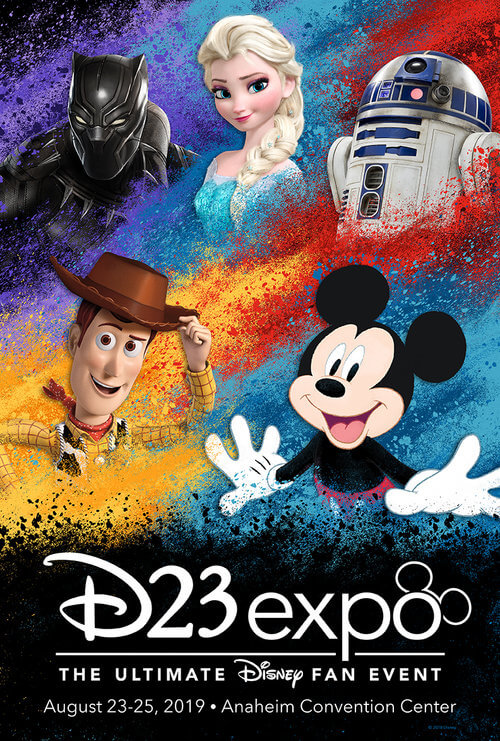 The “Ultimate Disney Fan Event” takes place at the Anaheim Convention Center from August 23-25, 2019. From the D23 site, this is the best overview of the event:

The largest Disney fan event in the world, D23 Expo celebrates all the wonderful worlds of The Walt Disney Company under one roof, including the best of Disney, Marvel, Pixar, and Star Wars across film, television, theme parks, products, online, music, live entertainment, and more. D23 Expo 2019 marks the sixth biennial Expo held in Anaheim.

Remaining tickets can still be purchased here; prices range from $59-79 for a One-Day pass. Please note that 3-day passes and 1-day passes for Saturday are already sold out!

The 6800-seat Hall D23 will once again be the location of the “big” presentations. Stage 23, Stage 28, and Center Stage will return as the site of smaller presentations and interactive guest experiences, and a number of other venues exist on the show floor and throughout the convention center.

StagePass and StorePass, introduced in 2015, allow guests priority places in line to shop at a variety of venues throughout the event or provide guaranteed seating for some of the smaller panels in D23 Expo Arena, Stage 28, and the Walt Disney Archives Stage.

The StagePass and StorePass distribution centers will be located in Hall A. Guests must present a D23 Expo admission ticket to receive one pass for the selected session/shopping experience.

In my experience, it is easy to get these passes, but only the Stagepass seems to be a guarantee. With the StorePass, it was very hit or miss whether we got to the stores in time before everything sold out… or sometimes, if we got there at all before the standby line. We’re keeping our fingers crossed that some of last year’s kinks regarding passes are worked out!

Located in the middle of the show floor, the lounge has charging stations and photo opportunities, as well as information about D23 Membership.

More details can be found on the D23 Expo website, but here are some highlights:

Disney Legends Awards Ceremony
Mousquerade
A Disney+ Presentation will give guests a first look at some of its original content including Lady and the Tramp, The Mandalorian, High School Musical: The Musical: The Series, and many more during this star-studded presentation.

Go Behind the Scenes with The Walt Disney Studios:

Bob Chapek presents Disney Parks, Experiences and Products – including more about the transformational plans for Epcot at Walt Disney World Resort in Florida.

The Disney Legends Ceremony takes time to recognize men and women who have been important parts of Disney history. Historically, Disney Legends have come from imagineering, film, music, parks, television, and even administration. You can read a bit more here, in our Disney Legends Spotlight series (which needs a serious update).

New this year, a single “super presentation” will show guests what is in store for both live action and animated films, from Walt Disney Studios and Pixar! 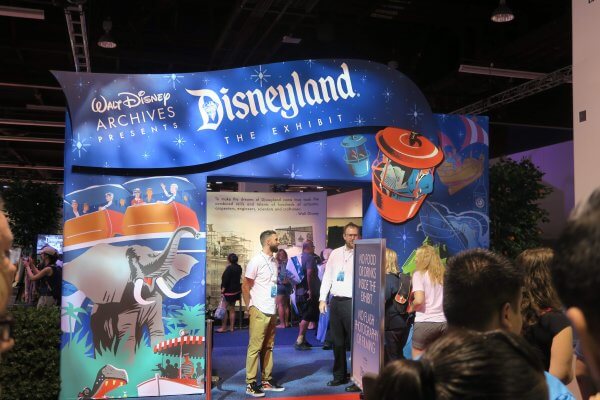 The 2015 Disney Archives exhibit was dedicated to Disney’s longstanding relationship with pirates! This year will be all about Heroes & Villains.

In previous years, these were hands-down the most frustrating presentations to attend…and also the most incredible. Guests can expect sneak preview footage, interviews, behind-the-scenes stories, and special guests. You can read the recaps here (from John Lassetter’s Animation presentation as well as our overall recap), but I’ll just admit right up front: I squealed like a little girl when Captain American and Falcon stopped by for a visit. 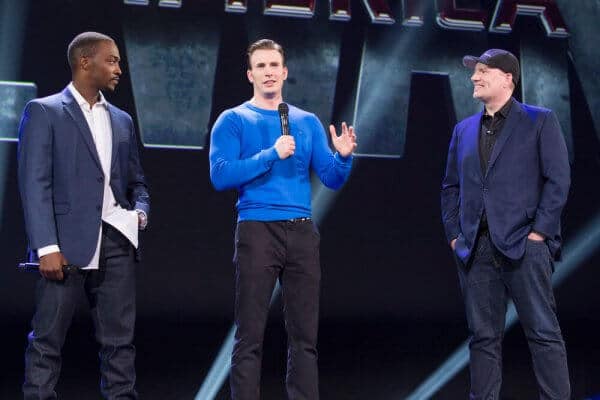 The Studios will also have a large presence on the show floor, with displays, autograph sessions, and more from recent and upcoming films – especially Frozen 2 and Pixar’s Onward.

For the first time ever, guests at the 2017 D23 Expo saw 3D models of the “Star Wars land” concepts from both Disneyland and Walt Disney World. Now with Galaxy’s Edge opening on both coasts, who knows what’s in store for this presentation – but it’s always one of my favorites!

I’m especially excited to see what’s coming to my beloved Epcot in the next few years!

While not the most elaborate costume at the 2015 event, Riley’s imaginary boyfriend (or rather, boyfriends, plural) were among my favorite!

Returning once again, Mousequerade is the Expo’s costume contest, with a $2300 grand prize! If you’ve never been to a Comic-Con type event – and honestly, probably even if you have – you’ll be blown away at some of the fan costumes. This year’s judges include Ashley Eckstein (Star Wars Rebels, Her Universe), Kara Saun (Descendents 2), and Yvette Nicole Brown (ABC’s The Mayor). 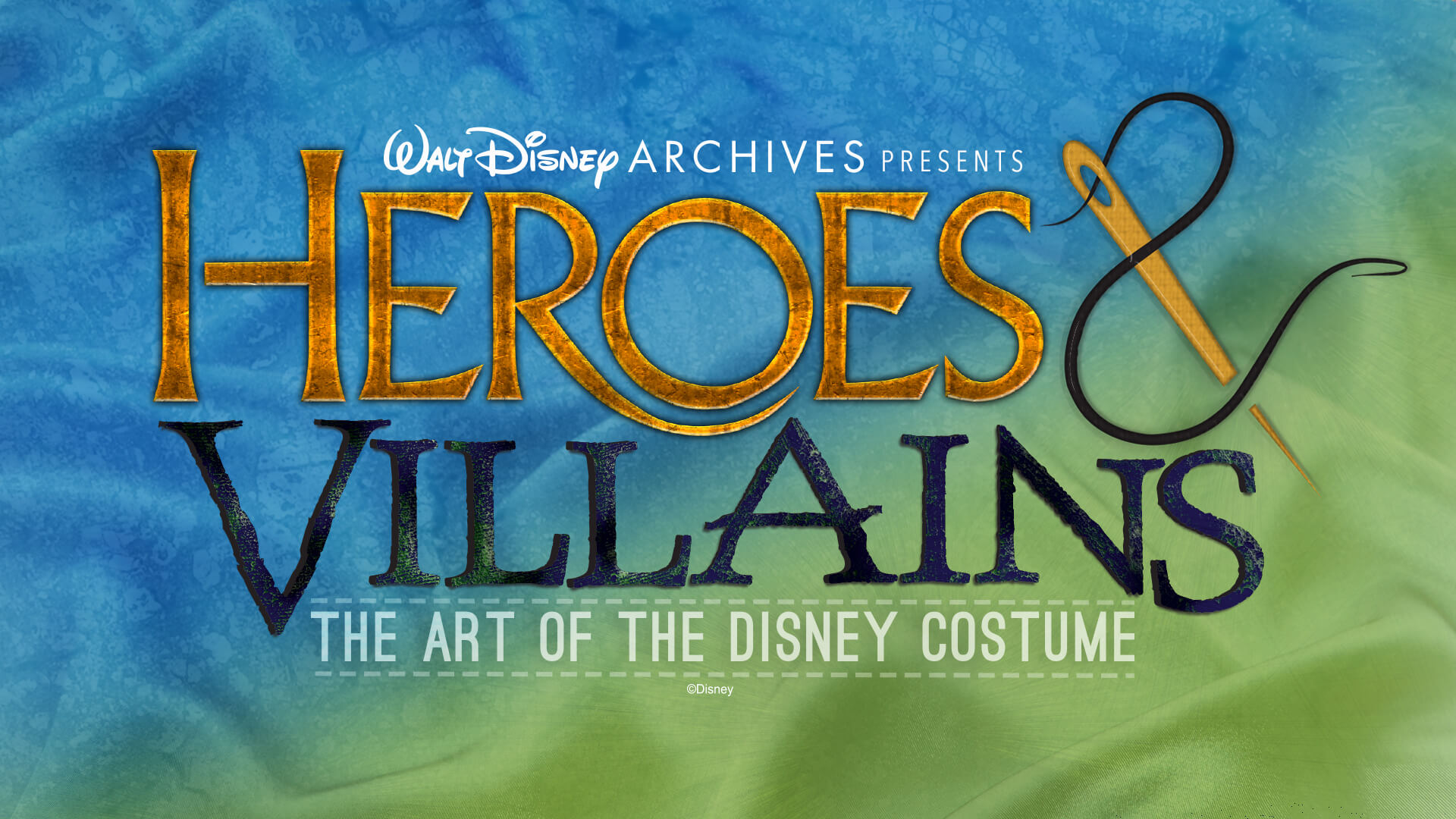 This year’s 12,000-square-foot exhibit from the Walt Disney Archives is “Heroes & Villains: The Art of the Disney Costume”. As we’ve come to expect, it will include props, photographs, video, costumes, set pieces, and more – many of which will be on display for the first time. I can’t wait to check out the enchanting ballgowns, wicked wardrobes, and everything in between!

The Disney Dream Store is home to exclusive Expo-themed merchandise and Disney Parks merchandise, as well as some additional fan events. This year includes special merchandise themed to the Dapper Dans and Mickey Balloons.

I’ve raved about the Music Emporium before, and they return to the expo with a pop-up store. This year they will feature album signings by artists and award-winning composers. Limited quantities of a wide assortment of music products will be available, including new releases from Marvel and Lucasfilm, vinyl albums, die-cut picture disc vinyl, cassettes, Crosley turntables, cassette players, posters, and more!

At the last Expo, I was probably most excited to check out Mickey’s of Glendale – the imagineering-exclusive shop that has begun to pop up at Expos and similar events. I’ve had the chance to shop Mickey’s of Glendale a few times since then, and I’m still a big fan. I’m especially excited about the attraction quote t-shirt collection! 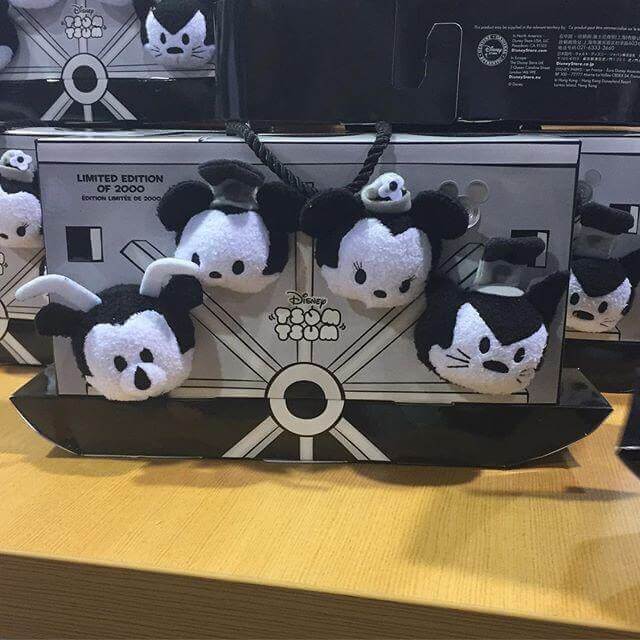 Unlike the other, Disney-owned or major third-party shopping locations, the emporium allows fans to buy and sell their own collectibles and merchandise. There are always a lot of unique things to check out!

The “Talent Central” section of the show floor will host autograph and meet-and-greet sessions throughout the weekend. Thus far, D23 has announced appearances of stars from several television shows, either as part of Talent Central or in panel discussions. 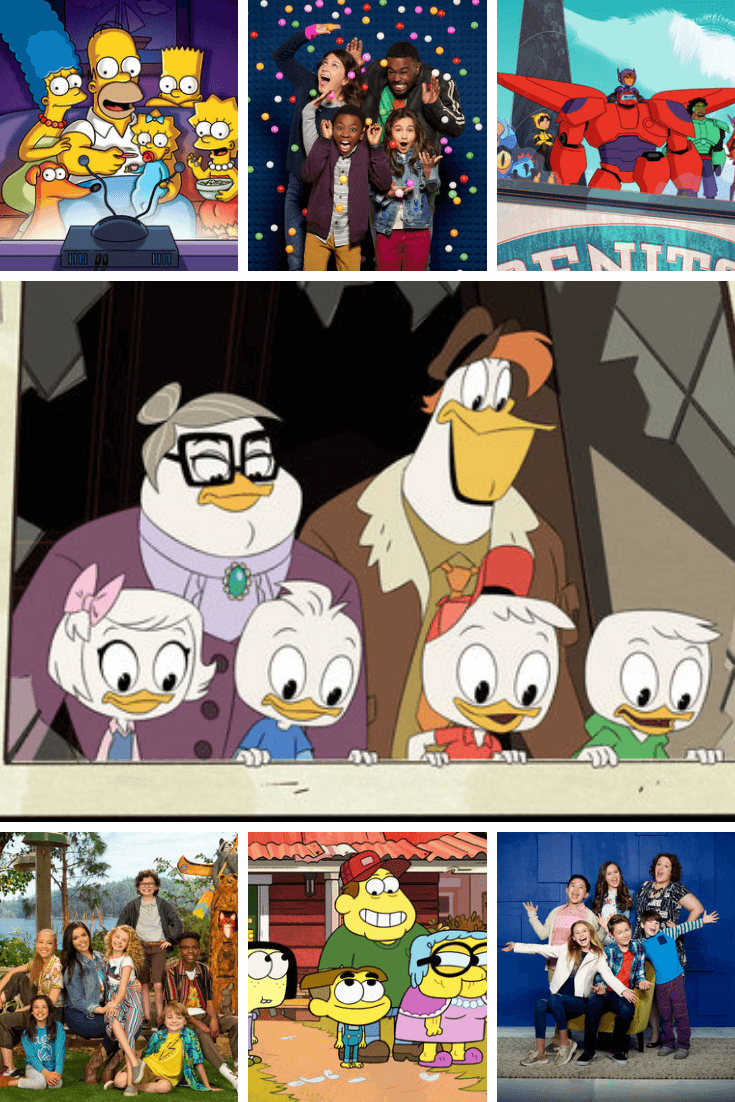 At the very least, the following people are slated to appear for panels and presentations (see above):

Disney Legends & Friends of the Company

Once again, D23 Gold Members will have a handful of extra benefits. I’m trying to temper my expectations knowing that many in attendance are going to be eligible for these perks. That said, after a bit of a rude awakening at the 2015 event, I’ll take even the idea of working toward treating superfans (oh, and people who spend extra money…) a little differently than people who happen to pass by the convention center and show up for a the cool merch.

There aren’t a lot of details, but this is what we are was offered in 2017 for D23 Gold Members:

All members of the party must be present at the time of entry to the queue (no saving spots in line). The priority queue will be closed one hour prior to the scheduled session. Priority seating is not reserved seating, but allows first access to general admission seating.

Disney partners offering a discount are (as of 6/21/17): Havaianas, Ozobot, Stiff, and Thomas Kinkade

As always, there is a cool lounge just for D23 Charter Members who (unlike me) maintained Gold Membership from the start.

Believe it or not, this isn’t technically even all of the information we have – and more comes out nearly every day. I’ll continue to update the post as press releases make their way to my inbox, but for your sake and mine, I’ll have to hold some of the details of specific small-stage panels and presentations, etc.

Visiting Disneyland while at the 2019 D23 Expo

If you’re already in Anaheim, you should definitely consider visiting the Disneyland Resort – Walt’s original dream. Whether it would be your first time or you’ve been before, the folks at EZ Dis by Instant Impressions can help plan your perfect trip. If you’re going to add a visit to Disneyland Park and Disney’s California Adventure during an already busy weekend, their concierge service will definitely come in handy to help you make the most of it. In addition to helping you book, here’s some additional benefits to book your Disneyland (or Walt Disney World) trip with EZ Dis – all provided at no cost to you!

Be sure to use referral code DL19 when you contact them to start your planning!

429shares
Previous Post: « How Seasoned Cruisers can Prepare for Their First Disney Cruise
Next Post: The Surprising – Free! – Thing in Epcot’s World Showcase That Your Kids Will Love »