Check out the Kaufman Kids' new YouTube channel!
You are here: Home / Disney Cruise Line / What to do on a visit to Grand Cayman on the Disney Fantasy
190shares

Today I’m continuing the repost of our very first Disney Cruise Line cruise trip report, from a 7-night Western Caribbean sailing aboard the Disney Fantasy in October 2013 – including a stop at Grand Cayman, Cayman Islands. Originally run on our family blog, it’s so much fun for us to look back on these sweet family memories. I realize it’s not your family though… so I’ve also included some tidbits and tips for future cruisers. 🙂

Disney Heroes, Fishies, and Lunch with a View

Having crossed into another time zone overnight, it was only 5:30am when we were all awake – so we had to play in the room for a bit. Everyone was in a good mood though, so I didn’t have any real complaints. Nolan especially didn’t mind; he thought the bunk beds were the coolest thing he’d seen in a long time.

We had breakfast at Cabana’s again, and ran into our friend Anthony in the Shutters art gallery. He greeted the girls by name, and spent several minutes talking to them about the artwork on the walls, their favorite characters, and a shared love for Disney theme parks. They were just thrilled he remembered them, as he had promised.

Nolan and I were still not feeling 100%, but there was no chance we were going to miss seeing Buzz Lightyear. Good thing we made it too, since I dare say Nolan was the darling of the atrium for a little while. There were people watching him from nearby, but also from the balconies that overlook the atrium. I know I’m biased, but it was a scene worth watching. 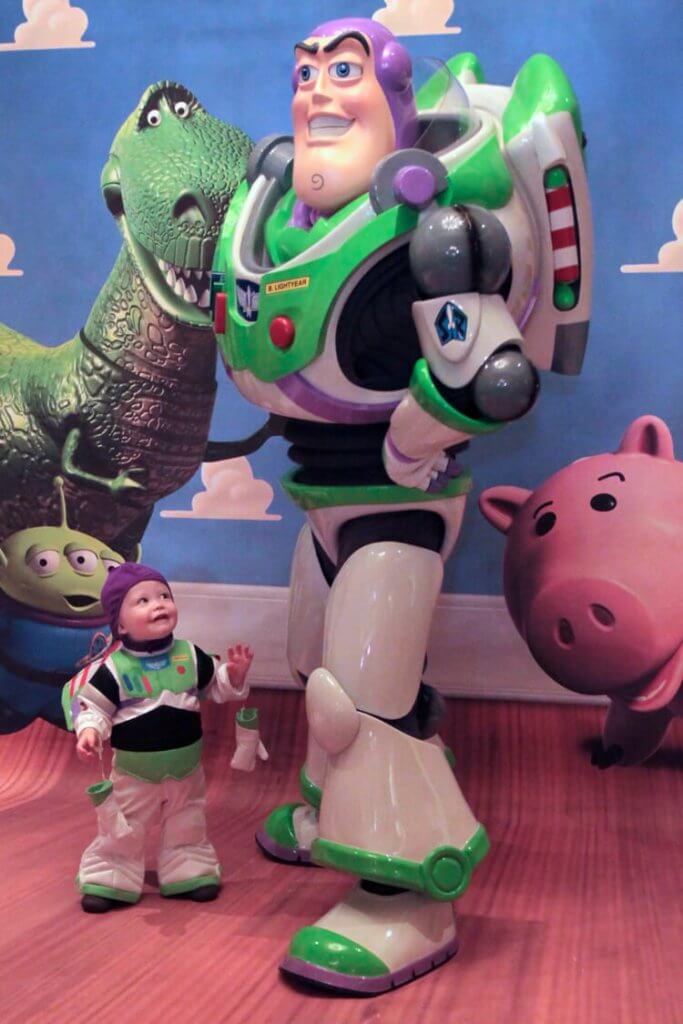 I have always adored the times the girls met their favorite princesses while dressed just like them, but the juxtaposition of size in this case was especially priceless!

After saying hi to a few more characters, the girls went to the Oceaneer Club for a bit so Nolan could grab a quick nap before our adventure in Grand Cayman. 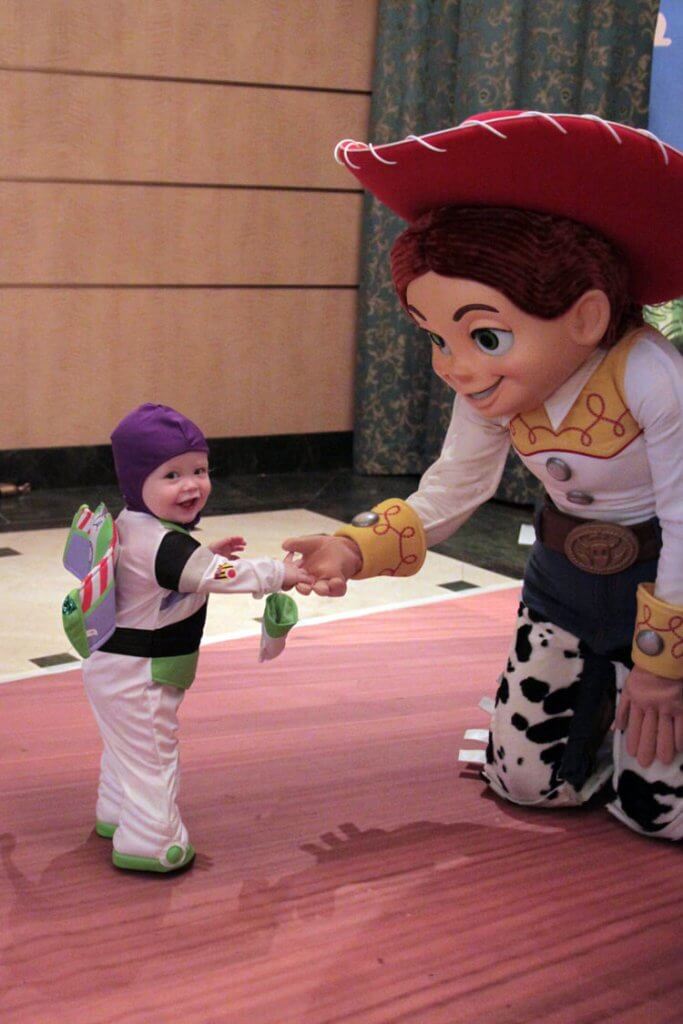 Once we were on the island, we quickly boarded a bus and headed to the Nautilus Undersea Semi-Submarine excursion. Nolan was pumped about the fish and the diver, while the girls were excited to count seven sunken tires and two shipwreck sites. We also saw sea turtles, garden eels, and other marie creatures; it was pretty cool for one of few excursions that worked for our whole family.

After the sub ride we looked for a place for lunch. Many passengers were headed to Margaritaville, but since we have one about twenty minutes away, we decided we’d go elsewhere. (I mean, sure their’s has water slide and ours is in casino, but I digress…) We chose a place called “Paradise Restaurant”. It was pretty tasty (if a tad overpriced) – but the view was definitely worth it. 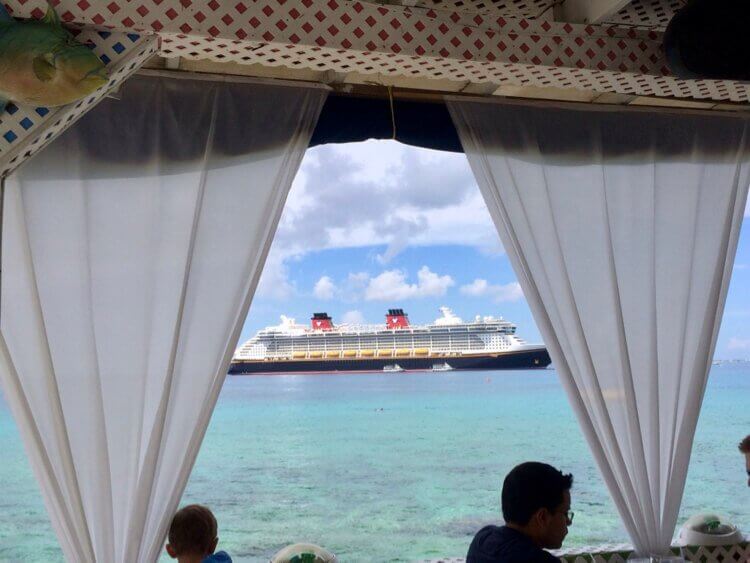 I had read so many complaints about the tendering process from the ship to Grand Cayman, but we have done it a few times now. I think it’s completely painless and super efficient… and it’s really cool to see the ship just floating there!

After lunch, Kyle and the kids headed back to the boat while I stayed behind for a bit of shopping. I got a few gifts – and chuckled at the wild chickens running around everywhere – and ended up making it back to the room just a minute or two after the rest of my family. 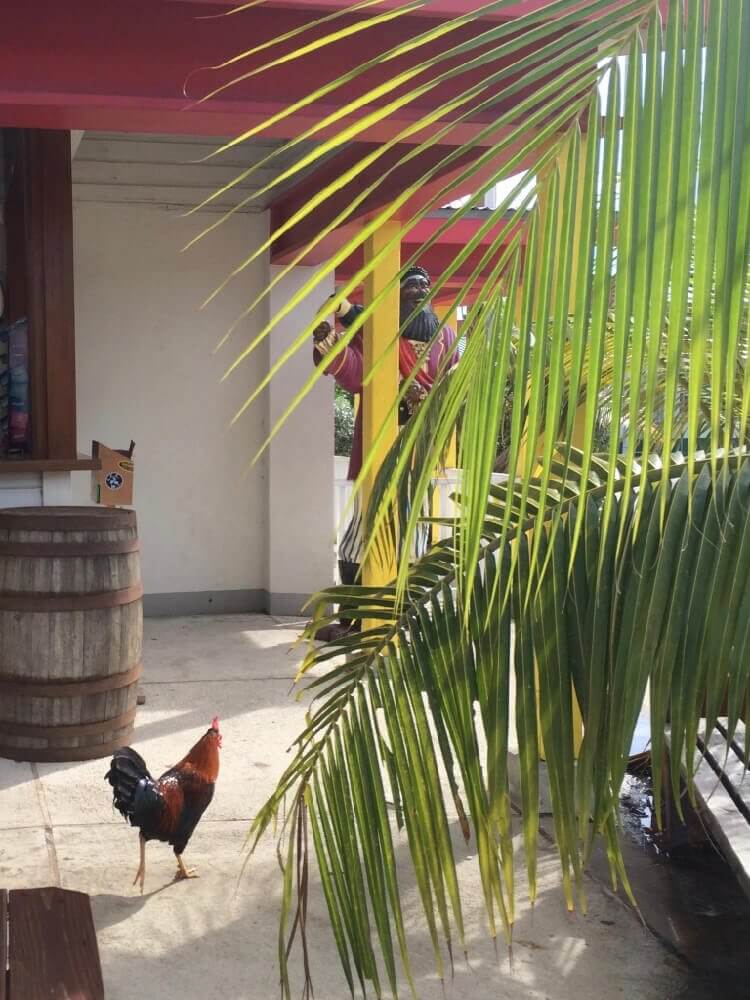 Unfortunately, the morning had been a bit too much for some of the kiddos (as vacation days can be). Kyle stayed with Nolan and Elise that afternoon, while Avery and I headed to the Halloween deck party. It was super cute, and we wish it was still offered on the Halloween on the High Seas sailings! We loved watching the costume parade from Deck 12, and saying hello to some of our favorite costumed Cast Members. 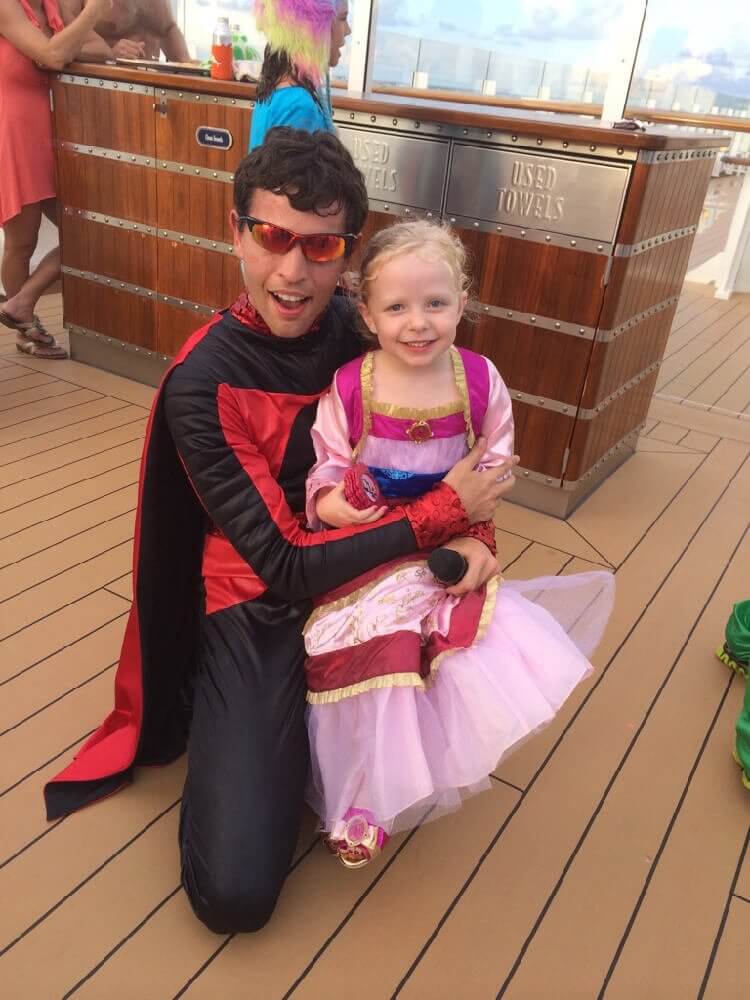 Tinker Bell got to join us shortly after, and we met her inspiration on the way to our first dinner at Animator’s Palette. The Crush show (much like Turtle Talk in The Seas Pavilion at Epcot) was adorable, and Nolan once again loved seeing fish – even if they were the animated variety. 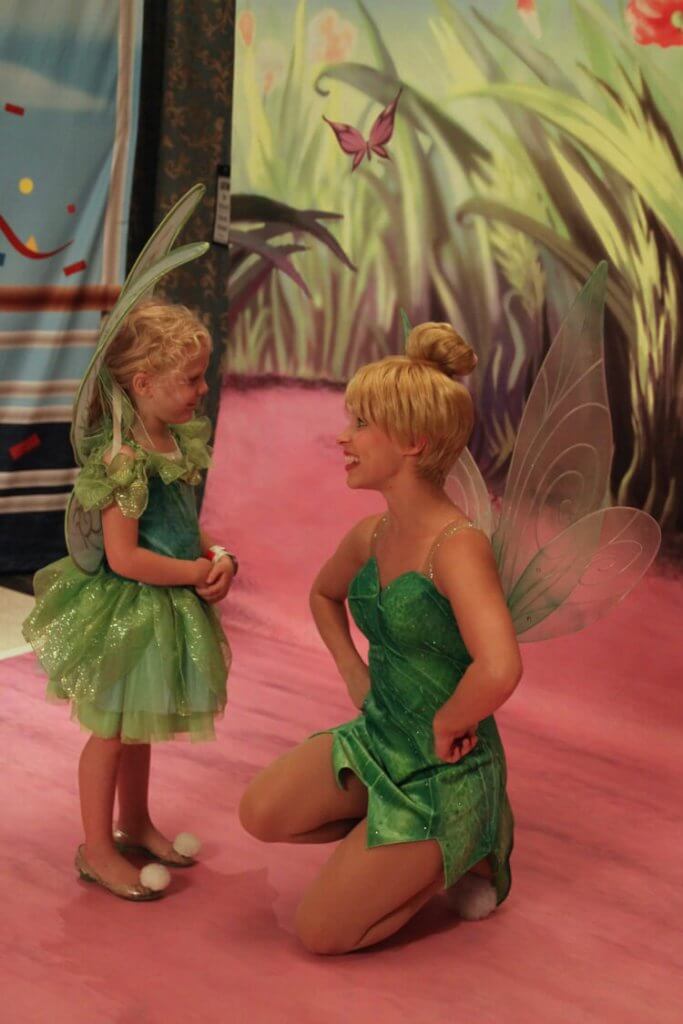 After dinner, Nolan and I were just too pooped to stay up for the magic show. I had hoped it would be shown on TV as the stage shows are, but alas the variety acts are not. It worked out ok though, considering both of us were asleep by 8:15pm; Kyle and the girls had a great time at the show. They got back around 9:30 and went to sleep wonderfully. It had been a rough afternoon, but we recovered relatively quickly. It was a really great day after all!

Pro tip: if you or your little ones need an evening in, the Broadway style shows are provided on-demand on the stateroom television, along with dozens of movies. Keep in mind that the stage shows are pre-recorded, so if part of your group sees the show live, it may be a tad different.

TIPS FOR A DISNEY CRUISE LINE STOP AT GRAND CAYMAN

Grand Cayman, as its name suggests, is the largest of the Cayman Islands. It’s beautiful and lively, with plenty to do for the short time the ship is usually in port. As part of the British Virgin Islands, the most common language spoken is English. You can even shop with US Dollars (or, of course, major credit cards at most shops).

This is one of the only ports visited by Disney Cruise Line where guests have to “tender” from the ship. The cruise ship will anchor a little ways off the shore, and a large boat will ferry guests back and forth between the ship and the shore. You can easily get back and forth at just about any time while in port, but be sure to keep the Captain’s “All Aboard” time in mind, as well as the time of the last tender boat. Grand Cayman is almost always one of the shortest stops on a DCL Eastern Caribbean sailing.

Some of the following are offered as Disney Cruise Line excursions, others you’ll have to explore on your own:

Everyone on the island is generally very polite, and the area is extremely safe. Of course you’ll still want to be mindful of your space and your belongings, but it’s not difficult to enjoy a visit to Grand Cayman – whether you spend time on a beach or in the downtown George Town area. Enjoy your (quick) visit to the Cayman Islands!

Planning a Disney Cruise? Check out our growing collection of DCL posts that may help as you plan! Happy Sailing!