You are here: Home / Family Entertainment / How did Avengers: Endgame Wrap Up More than a Decade of MCU Films?
43shares

Thanks to Marvel Studios, my husband and I were at this afternoon’s press screening of the latest film in the Marvel Cinematic Universe, Avengers: Endgame. In Avengers: Infinity War, the Mad Titan, Thanos, snapped more than half the universe out of existence. Just prior to handing over the final infinity stone that would make this possible, Doctor Strange told Tony Stark he had looked at 14 million possibilities the future might hold…. and saw the one scenario in which the good guys win. So, you know no, pressure for the heroes going forward. So how do I think this all wrapped up? You know there are not going to be any spoilers, since I can’t even stand trailers. Suffice it to say I went in with zero knowledge of what would happen, so I’m going to let you do the same. You know, if you haven’t already spoiled everything for yourself.

What was at Stake in Avengers: Endgame

I’m a self-proclaimed Marvel fangirl. Many years ago, I began writing a post that was going to be a “primer” for the MCU – in hopes of getting people up to speed on what an Infinity Stone even was, for starters. What resulted was more than a dozen pages long, and was such a deep dive that I never found a way to publish it.

Add to that the fact that I had some serious, um, reservations about how the Carol Danvers/Captain Marvel character would be handled in this movie, and it’s no surprise that I was really nervous about Avengers: Endgame. There was the obvious “what the crap is going to happen to everyone that was turned to dust?!” concern, but also a very strong “are they going to screw up this ending?” sense of panic.

They didn’t screw it up. My husband and I left the theater thinking it was “satisfying”… then spent a while trying to decide if “satisfying” was enough. At first, it felt like it wasn’t.

Is it enough that Avengers: Endgame was “satisfying”?

I found myself talking about how much the movie tried to accomplish, how many times I found myself thinking, “Oh! We’re going there?”; the more I talked, the more I felt like I didn’t love the film. I did though, mostly.

I think, as my husband put it, it just needs to “marinate more”. Certainly the more he and I talked about it, the more I realized how many moments I will truly cherish.

So – is “satisfying” enough for Avengers: Endgame to truly cap off 22 movies we adore? As we chatted after the movie, we found ourselves agreeing that it definitely is. And that it is, honestly, the very best that can be expected. This isn’t a knock on the film, either.

I think as someone looks back on his or her life, the best case scenario is that they say, “Yes. That was good.” The end of life – especially a long life well-lived – is not usually flashy and dramatic. It’s moments surrounded by friends and family, looking back at all of the rest of the moments – good and bad, simple and complicated, dramatic and mundane – that made up one’s existence.

And so, with that image firmly in my head and heart, I think that “satisfying” is exactly what I would have wanted from this final chapter of the Infinity Saga.

Was Avengers: Endgame the best MCU movie to date?

For the sake of transparency, there were absolutely moments that were really frustrating to me. My biggest concerns were validated, and the first several minutes of the film were really stressful – because I thought I may want to walk out before it was finished. (For what it’s worth, I’m glad I stayed, obviously… and most people won’t have the same reaction.)

But ohhhhh, there were moments – so many moments – that were beautiful. Relationships restored (physically and emotionally), questions answered, people honored, and destinies fulfilled.

The acting and cinematography in Endgame might be the best I’ve ever seen from perhaps the entire ensemble cast – and it’s not like they’ve all been slouches for the last decade, either.

I assumed after sobbing like a baby in Avengers: Infinity War, that I would cry nonstop in this one. Interestingly, I cried only once – and less dramatically than I did for similar scenes in Infinity War. I don’t know exactly why this is the case, but I have some theories.

In my opinion, Endgame is less intense than Infinity War. It’s less emotional and less laugh-out-loud funny. Where I wrote lots of mean things about the directors of Infinity War for breaking my heart and crushing my soul, I have no such words in my notes for this one – and not because it’s better, but because it’s truly just more “benign”.

It definitely suffers a little from a bit of an identity crisis. I’m positive that no movie before (and maybe after) has attempted or will attempt to do so much. They do it better than anyone probably could’ve expected… but it’s a little convoluted at times.

My kids (10, 10, and 7) haven’t seen any of the Avengers/MCU movies except Captain America: the First Avenger. We know we’re quite conservative when it comes to movie viewing, but this film definitely earns its PG-13 rating, no question. There are obviously a lot of violent and intense scenes, as is to be expected. There is also exponentially more language than I expected, and of course heavy themes. The end of the world world as we know it (and subsequent repercussions) will do that, I suppose.

I’ll almost certainly come back and share some more spoilery stuff in another post, including some of the most poignant quotes that may just change your life. I mean, how can one wrap up more than a decade of movie memories without going into more detail than a spoiler-free post will allow?

Previous Post: « How To Plan The Best Family Trip To Pigeon Forge
Next Post: Blizzard Beach vs Typhoon Lagoon – Which is Right for your Family? » 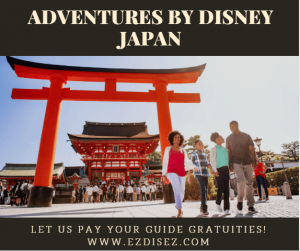