When I was in Toy Story Land recently, I got to try lots of the delicious food options. One thing I missed out on, though, was the now-infamous “Totchos”! I decied to recreate this instant fan-favorite from Woody’s Lunch Box and make them at home with this simple totchos recipe.

When I told them I was making Totchos for lunch today, my kids wondered if they had something to do with tacos… before realizing “taco nachos” are just, well, nachos.

Honestly, I’m not even sure if this should qualify as a “recipe” or more of “assembly instructions” – but who’s keeping track? This is my kind of meal, especially when I’m looking for a quick, kid-friendly lunch. And the fact that it brings a little bit of magic from the latest land in Disney’s Hollywood Studios is a bonus.

The menu at Woody’s Lunch Box in Toy Story Land pretty much tells you all you need to know for this little treat; “Totchos” are basically potato barrels (also known as tater tots…), corn chips, chili, and cheese. An interview some fellow TravelingMoms did with the chef gave us some insight on how to put these delicious tots together.

Start with oven-baked “potato barrels”. Your favorite tater tot brand will do – and I was thrilled to see the tots were baked, not fried. Not because we’re super healthy (ha!), but because I don’t own a deep fryer. I do have two ovens though, so it was an easy enough first step: bake the tots as directed. 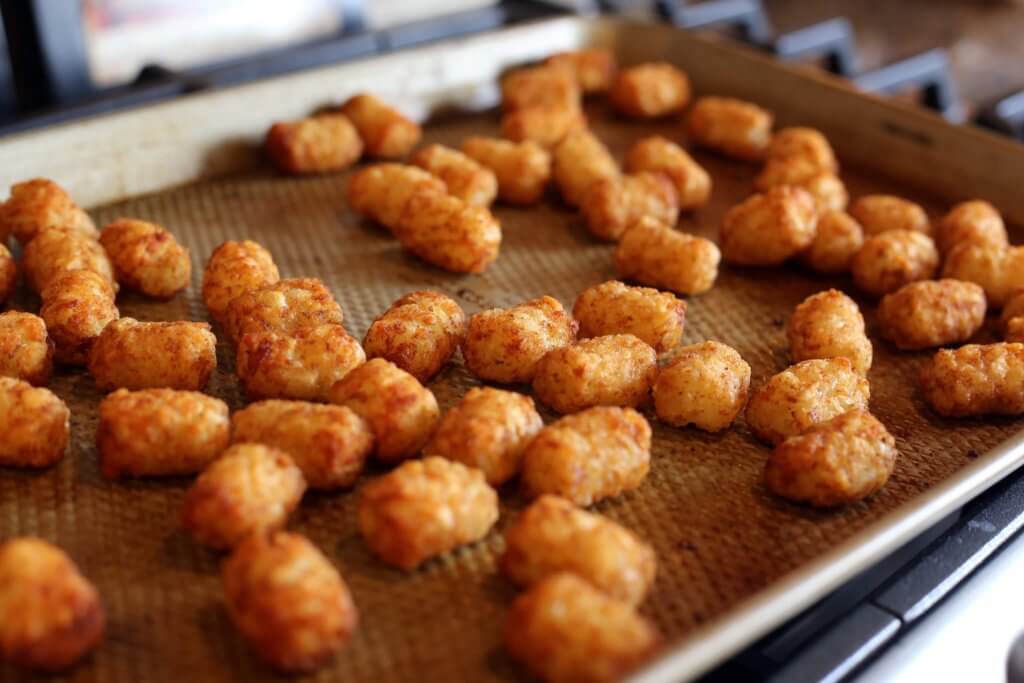 When the tater tots/potato barrels are done, add chili on top. The official Toy Story Land totchos served at Woody’s Lunch Box include chili with beans, but ours were delicious without. 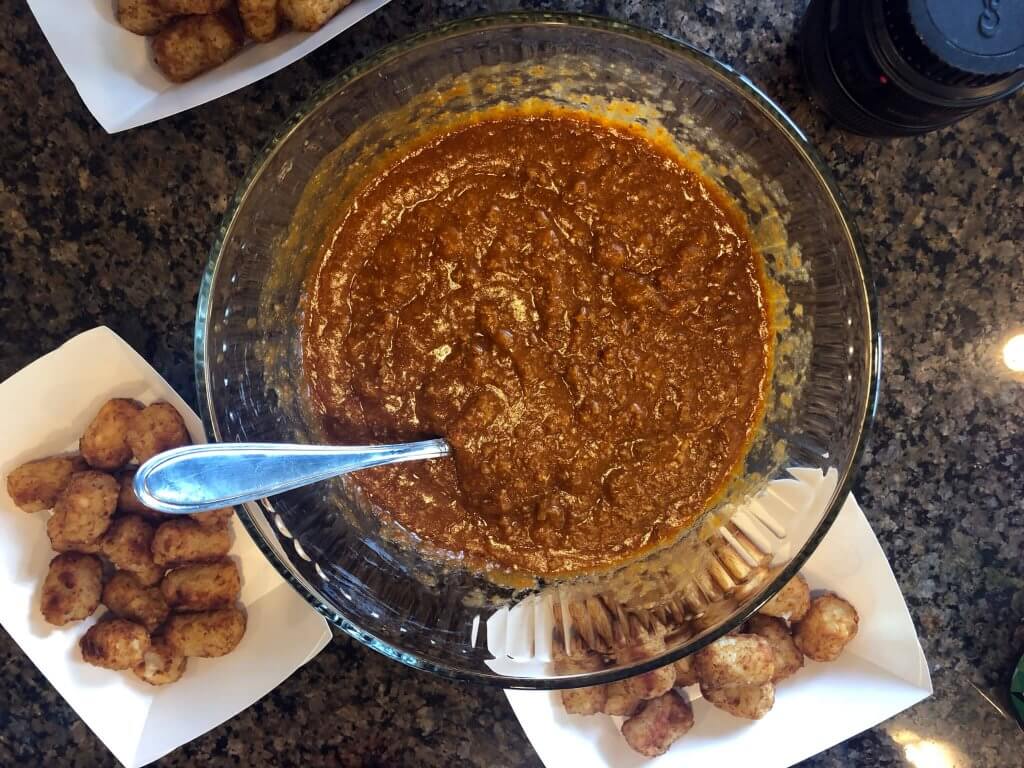 Woody’s Lunch Box in Toy Story Land uses chili with beans… but you can use your favorite!

Next add some queso; for what it’s worth if you’re planning a trip to Walt Disney World, the chefs at Woody’s Lunchbox said theirs doesn’t really have much spice. 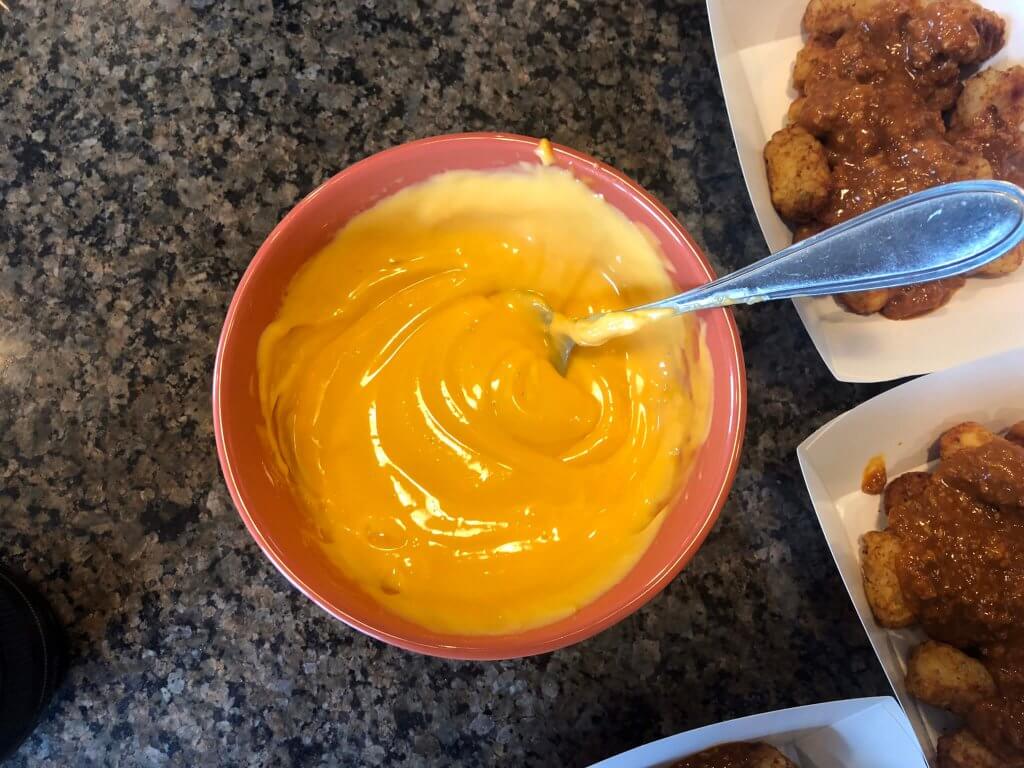 Next comes corn chips (Frito-style or corn tortillas will do just fine) to add a little crunch. 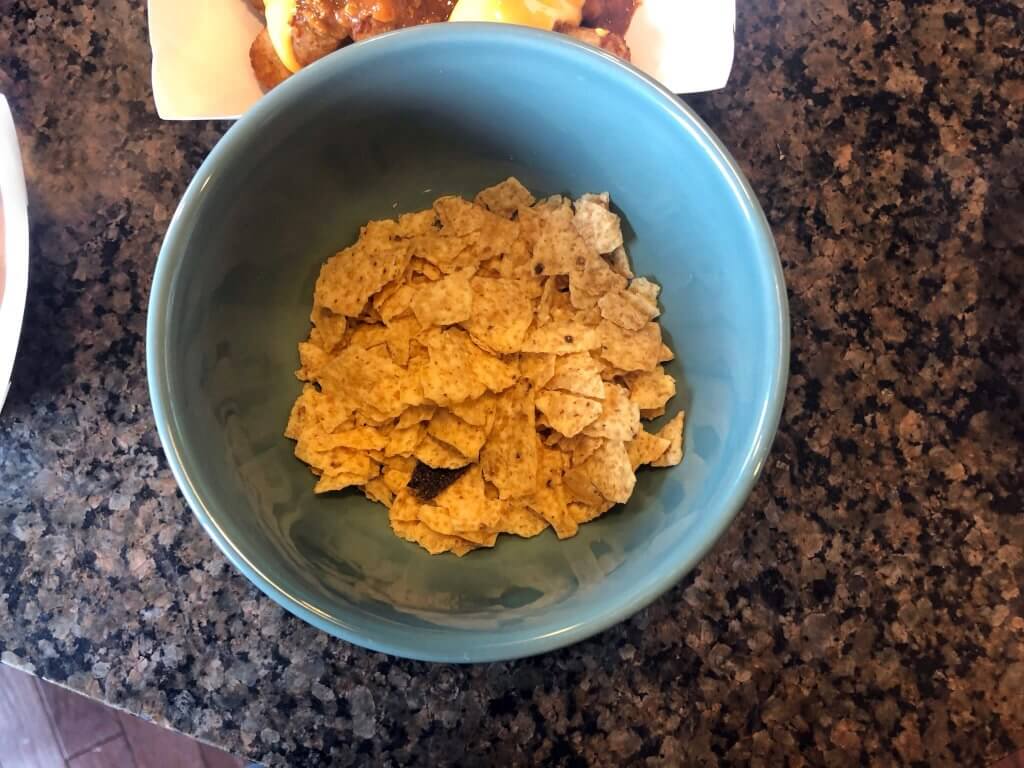 You’ll find Fritos-style corn chips at Walt Disney World, but we had corn tortilla chips on hand. They worked well!

Finally, you’ll top your totchos with shredded cheddar cheese (we used Mexican blend, which was delicious), a dollop of sour cream, and option chives. 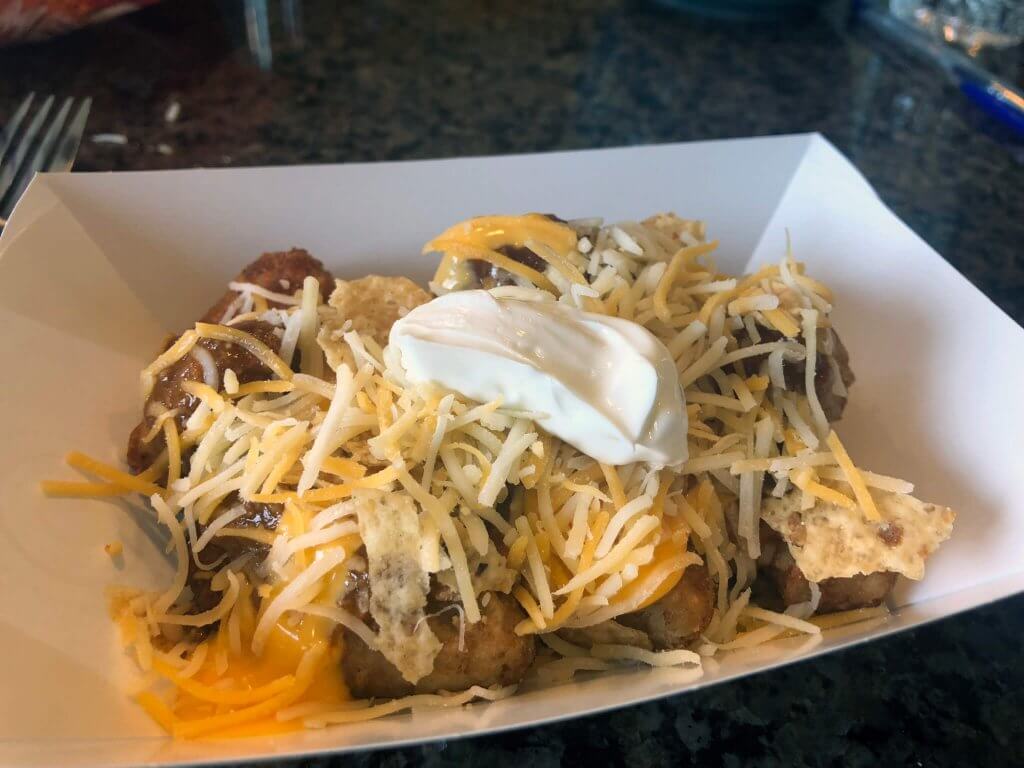 You’ll sense a theme here, but I’ll say it anyway: use your favorite queso… add more than a dollop of sour cream, or skip it entirely… you may even get crazy and set up a “Totcho Bar” where your family or guests can add a variety of cheeses, queso blanco, jalapeños, or anything else you might want on nachos. or tacos. Because let’s be honest, totchos are just a blend of all of those wonderful creations – and we’re so glad the food and beverage team in Toy Story Land introduced us to them! 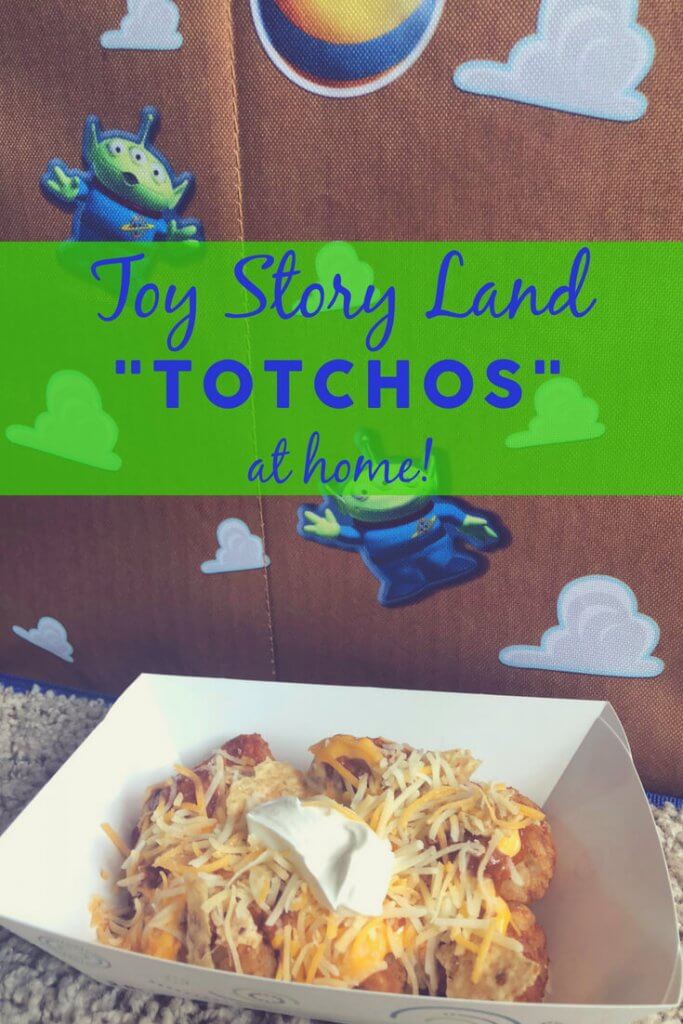 Check out more from Woody’s Lunch Box on the Disney Parks Blog.