Welcome to the next stop on Magical Blogorail Peach. Today we are discussing aquariums that your family needs to visit. 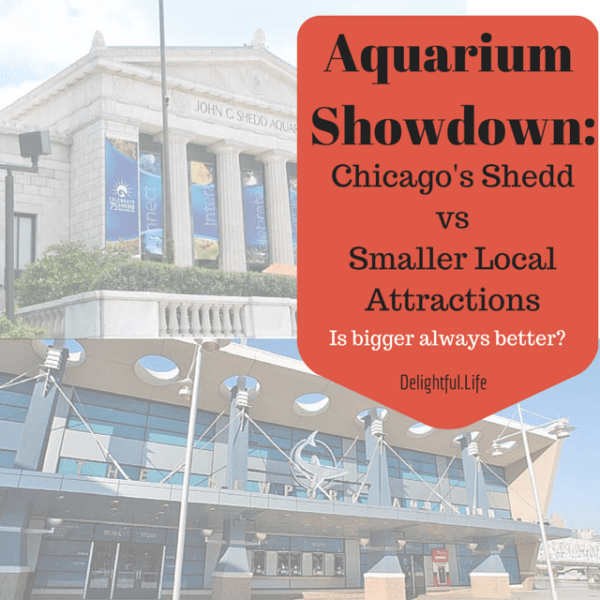 Since we had kids, my husband and I have had this on-again-off-again relationship with our local aquarium, which actually isn’t too shabby. The Newport Aquarium boasts the first (several) Shark Ray(s), the largest jellyfish gallery in the midwest, the largest alligator outside of Florida, and is actually really cool despite being less famous than some other aquatic attractions. 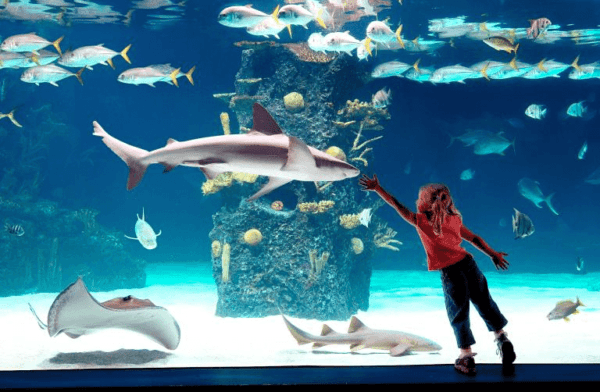 Despite being in northern Kentucky (essentially in Cincinnati), it consistently ranks among the top aquariums by many reputable sources (I read reviews from the Travel Channel, Trip Advisor, US City Traveler, and Parents Magazine just for this post. I’m sure there are more lists!) I remember visiting the National Aquarium in Baltimore, the Ripley’s Aquarium in Tennessee, and the Aquarium of the Pacific in California and thinking, “Hmm. These aren’t any cooler than (or, in many cases, aren’t as cool as) ‘ours’.” 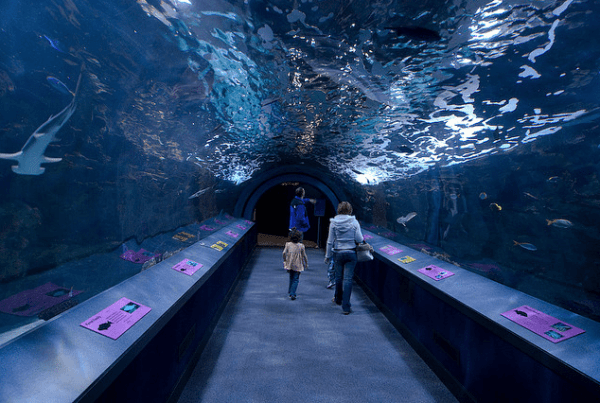 It had been years, though, since any of us had visited the world-famous Shedd Aquarium… so on our recent trip to Chicago we added it to our list. I remember it being cool when I was in elementary school (mind you, this was before we had been to others, including the one that wouldn’t be built in our backyard for several years), and I knew it was one of the largest and oldest in the world. It should be incredible, right?! 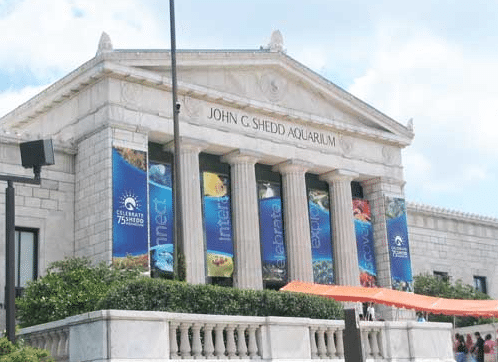 Kind of. I mean, it is. If you’re in the Windy City and don’t get to aquariums much, you probably won’t regret visiting this one. 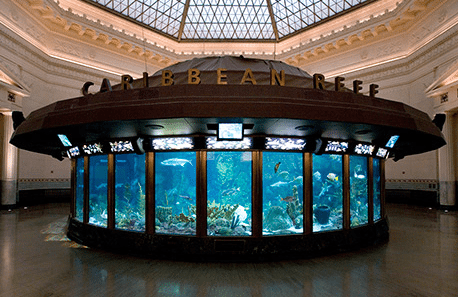 We had heard horror stories of the hours-long line we might encounter, so we were sure to purchase our tickets in advance. When we got there at opening (in early March), there was only a moderate line – but we were glad to have skipped even that.  For the first hours of our visit, we were only mildly impressed. Don’t get me wrong, there is a lot to see. Depending on where you enter, you will encounter exhibits about the Amazon, Caribbean, and the Great Lakes, to name a few. Admittedly a group of nerds, our favorite general exhibit was actually less about the animals we’d see and instead described the changing environment of the river habitat as the water levels of the Amazon change with time and location. 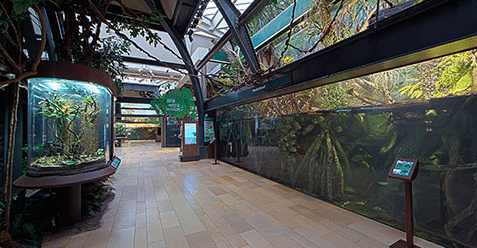 These exhibits are included in the very modestly priced ($8 at the time of printing) “General Admission” pass – but that’s all you’ll see. The one thing that always bothered us about the Newport Aquarium was the $20 admission, which seemed very steep unless one of our children was in a phase of aquatic obsession 🙂  The most common ticket at the Shedd  – the Shedd Pass – is (currently) $31 and only adds a few additional exhibits. Many of these basic exhibits themselves, in my opinion, are actually somewhat shabbier than those at many other aquariums.

Where the experience gets better is with the highest priced Shedd Pass Plus (or the Shedd Pass with additional show experiences added on). With this admission you get all the above-mentioned exhibits plus your choice of a special traveling exhibit (Amphibians appears to be on deck), an aquatic show, or the Stingray Touch experience.  Personally, the additional exhibits should be included with lower-priced passes – as they are (almost identical experiences or better, including “touch a ____” exhibits) at every other aquarium we have visited.

The aquatic shows, though? That’s where our review gets a little murky (pun intended). It is the show we saw that absolutely made our visit worthwhile. My kids (and the adults in our group alike!) were enthralled with the dolphins and beluga whales that showed off their tricks. The Oceanarium was a beautiful venue, and the show was really well done. We are taking the kids to experience Sea World for the first time this summer (check out the other posts on the loop for a few Sea World reviews!), but short of that, the Shedd aquatic shows are the only things I have seen that come close to capturing the beauty and intelligence of these big, lovely creatures. 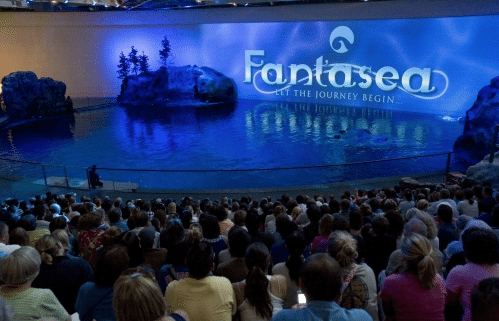 In general, my family would suggest you save your money and do one of the other countless things Chicago has to offer. The Newport Aquarium and others I’ve mentioned (and probably some I haven’t!) have more unique animals often in a more beautiful setting…. unless you’re going to splurge for the show (or unless you just want a very quick-but-still-enjoyable visit to the general exhibits for $8). Just know that with the higher priced options you’re paying almost entirely for that show, as it may be the only thing that separates the Shedd from other options that might be closer to you, more accessible, and cheaper 🙂

What is your favorite aquarium experience? Check out all the rest on the loop, but first leave me a comment and let me know! We are always excited to try new ones 🙂

Here is the map of our Blogorail Peach | Family Adventure : Aquariums

31shares
Previous Post: « S’mores Bars – S’mores Week Day 3
Next Post: Why Nobody Should Suffer in Silence – an interview with Lindsay Ensor | TDL 026 »