Check out the Kaufman Kids' new YouTube channel!
You are here: Home / the Everyday / The Truth about the Baby Shark Song
61shares

One woman’s search to prove that “Baby Shark” is not at all a new song, but in fact an old camp favorite. Like, decades old. 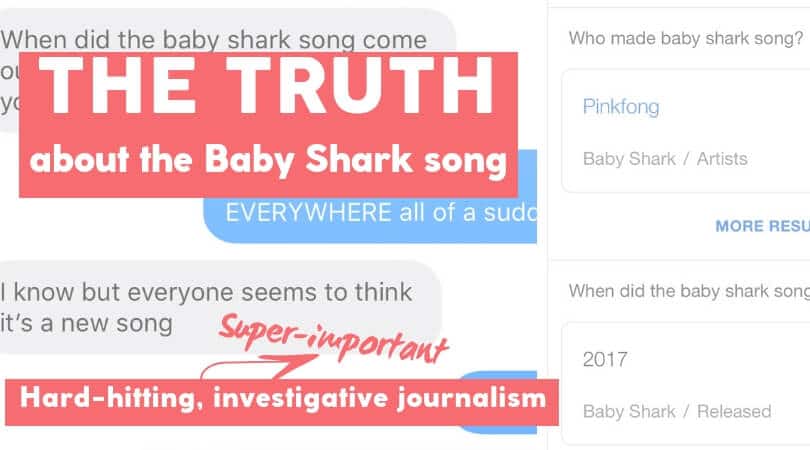 A few weeks ago, I saw someone mention “the Baby Shark song” somewhere – probably on Twitter. I immediately started singing it in my head, as one must when they hear it. Baby shark doo doo doo doo doo…

THAT SAME DAY, someone else posted a meme about it somewhere – probably on Facebook. So weird, I thought. (Doo doo doo doo doo…) What are the odds that people in two totally different circles of mine would have the song stuck in their head the same day, and post about it?

Ok, so of course I know NOW that the song is “all of a sudden” all the rage in the under-5 crowd. Someone, somewhere must have made it popular again, I eventually realized.

My Mom’s Totally a Hipster, Too

Tonight though, I got this text from my mother: 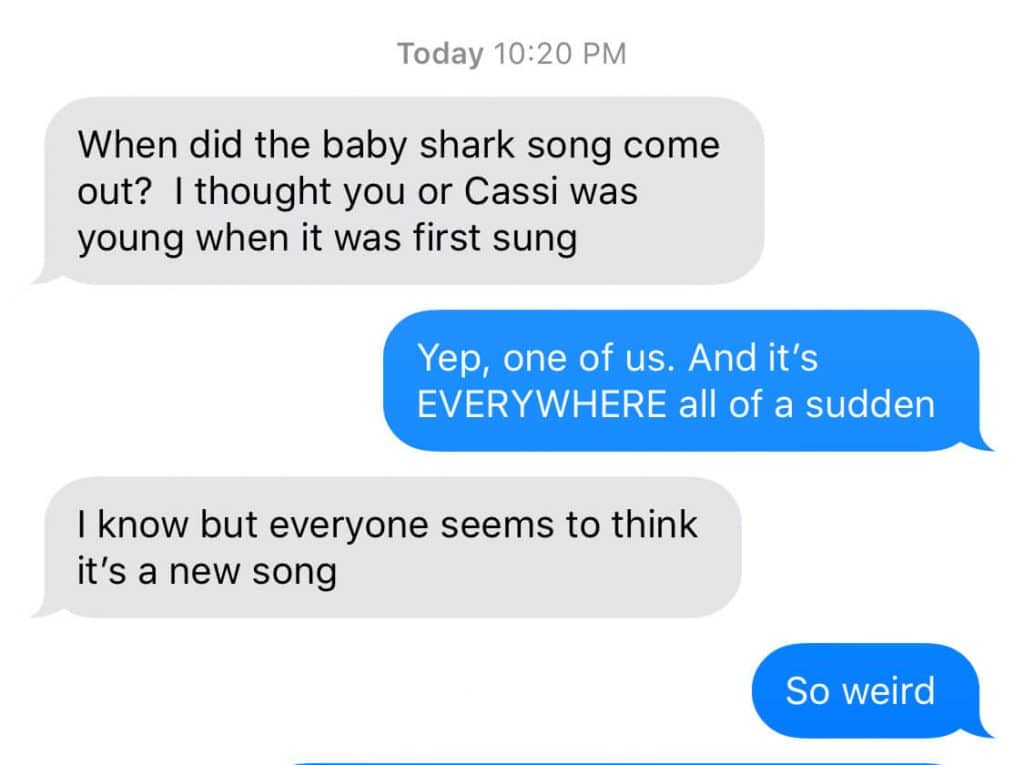 Mom: “When did the baby shark song come out? I thought you or [your sister] were young when it was first sung.”

Mom: “I know but everyone seems to think it’s a new song”

Having been reminded of this oddity, of course I had to head over to Google.

Google is useless. So is Wikipedia. And most of the rest of the internet.

I’m pretty good at internet research, if I do say so myself. And yet, after at least 6 minutes of serious investigation, I had found out the following information:

(Further proof, if you need it, that not everything on the internet is true.) 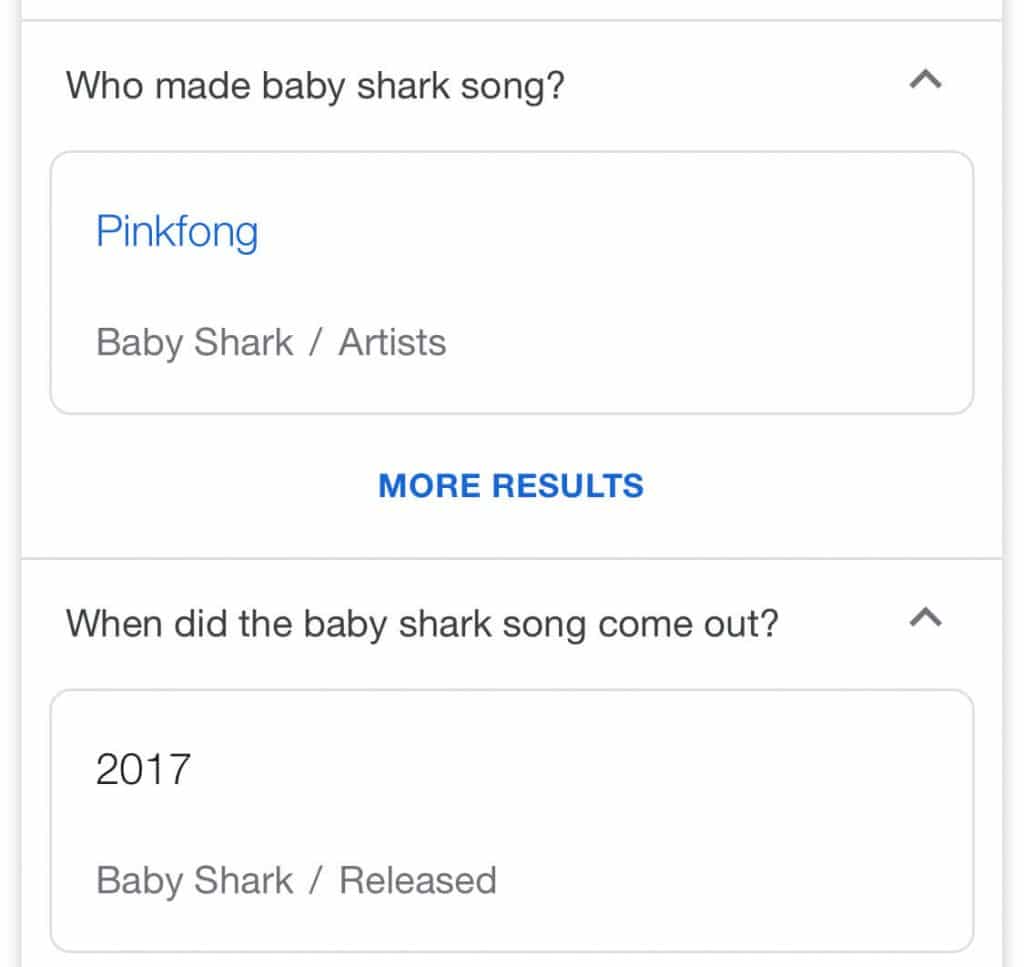 By this point, my mom and I were both pretty determined to prove we weren’t crazy. At least not about this one thing.

So now I present to you, our oh-so-important findings:

A Timeline (of Sorts) of the Baby Shark Song

By this point, we thought it was all coming together.

In 2003, my sister would have been 11 years old. Assuming the song likely had to have been around at least a couple of years if it was being shared on an internet message board, she’d have learned it in early to middle elementary school. SUCCESS!

And then things got even better, in more ways than one.

The Earliest Recording I can find of the Baby Shark Song

And now you know… (some of) the rest of the story.

Of what my brain does when I can’t sleep.